While writing in English, most people -who aren’t native speakers- make multiple common mistakes. Our team tried to find out which are the most common ones via online research. And in today’s article, I am going to mention 6 of them so that you can avoid those mistakes while writing an essay or any other text.

There are various languages around the world without any articles. English is not one of them. In your mother tongue, articles may not exist, but articles exist and play a very important role in English.

You should keep in mind that, in the English language, there are two kinds of articles-

Many companies use these signs in their brand names, such as Proctor & Gamble. In essays, these look weird and informal. Please stop using them in texts. Unless you are talking about a brand in your writing and that brand writes their name with the ‘&’. Also, including some adjectives starting with O may bring amazing result.

Unnecessary use of capital letters

You can write the title of your writing using all capital letters, or maybe as I did here- all the 1st letters of each word, except the preposition, are in capital letters. But in the rest of the text, you can use capital letters in just three places. Which are-

So, these are the only cases where you can use capital letters in your writing. Stop using too many and unnecessary capital letters. This is not an appropriate thing to do.

You may come up with creative and beautiful greetings and endings in your emails. But these probably aren’t the words a native would say. So, these seem a little bit weird and inappropriate. It’s better to use the usual greetings and endings. Because these greetings/endings are part of age-old tradition. People are so familiar with those common ones that a totally new one seems to be inappropriate. It’s better not to be too creative while writing greetings/endings in Email. Common ones seem smart, native, and proper.

Using multiple full stops at the end of a phrase

A lot of people from the Indian subcontinent make this mistake. You should know that there can be only one full stop at a time. One full stop means the phrase or sentence is complete. You do not have to and should not use so many dots or full stops to end a sentence/phrase. It is not typical; native speakers do not do that. Only if you are writing a poem multiple full stops can be used together.

Using emojis in written English is inappropriate. Americans or British people do not do that. You can use emojis when you are texting with a friend. But in writing- it is not okay. You can use exclamatory signs or question marks to define your expression. Emojis are too informal to use in essays. I’ve seen a lot of people doing that, but this is a mistake.

So, these are the most common mistakes made by people to whom English is not their first language. As you can see, most of them are made because people do not think in English while writing in English. They tend to think in their own language first and then translate that thought into English. That’s why the tone and choice of words seem peculiar. So, the most important thing to do to avoid such mistakes is- to become capable of thinking in English. If you can do that, you will sound like a native, and in no time, your writing will be improved. You should also enrich your English vocabulary to do so.

I hope this small piece of writing will seem helpful to you. 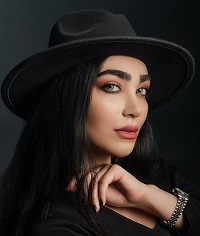 Jumpstarting Your Child’s Reading and Writing Skills in Preschool

Transform Your Education with Conventional Learning

What do Women Know about University of California that Men Don’t?

The Incredible Story Of Stanford University